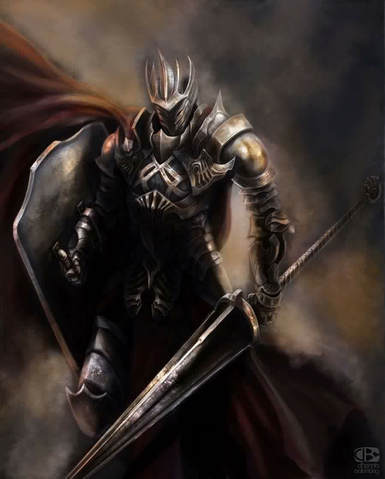 Born in 1755 DAR in Taysor to a Tanian mother and Soran father, Rojo endured bullying until a rival merchant framed his father. Though exonerated, his father suffered an "accident" and died when Rojo was only 8 years old. His mother ran afoul of the Cuthberic Order (an Absolutist Order of knights) as she sought to travel south and return to Tania.

The Cuthberics nearly executed her. Later that night, his mother was attacked and killed by thieves who sought to sell Rojo as a slave. Bound to a tree and watching his mother's murder, Rojo prayed to Tiamat. She answered his prayer and Rojo broke free and nearly killed the raiders. He remembered their faces though. Too late to save his mother, he vowed to never again be weak, or to let the weak be so taken advantage of.

He walked, alone, the six week road to Tania. A priestess found and helped him on the road. Sensing something, she took Rojo to the Temple, where he tested so high that he was immediately entered into the Order of Earth. When he reached 18 years of age, Rojo undertook the rarely-taken quest to convert a dragon to Tiamat. He succeeded by winning the loyalty of a gold dragon named Jeri (her nickname). He and Jeri immediately entered Bloodstone for a five year tenure, during which time, Rojo was promoted to the Order of Fire and R'Dar rank.

When they returned to Tania 8 years later, they found a secret civil war in progress between Dar Kell and those supporting the entry of male clerics into the Temple, and the current leadership of the Temple (1781 DAR). Not wanting Tania to disappoint Jeri, and also having endorsement directly from Dar Ana who favored Kell, Rojo reported to Alerius and declared his intent to fight with Kell's faction. Instead, Alerius ordered Rojo to find a way to end the civil war before it spilled out into the rest of the Empire.

Because Rojo returned with Jeri, and because Rojo had become a hero of reknown, Rojo was able to arrange the final meeting where Dar Shara overthrew the high priestess and they relinquished Temple control to Dar Kell. Still insane, the story that is not known, is that Rojo challenged Kell to a duel on condition that if Kell lost, he would let the vengeance already enacted be enough. That if Rojo lost, Rojo would personally find and multfix any surviving members of the high priestess's family.

They fought to a standstill because Kell could not muster enough divine favor with the Queen to win. Only when he shadow dragonshifted did he win, and even then Rojo nearly beat him. The Kell Conflict came to a close.

As a reward, in 1787 DAR, Alerius appointed Rojo the first human king to administrate military matters. Rojo continued to distinguish himself. Gifted with an unusually close bond with Tiamat, Rojo gained the ability to dragonshift. However, when he did so, he did not align with any of the dragon types. Instead, his dragon form represented all dragon types. Kell became the first dragonshifter for Shadow Dragons. Rojo was the second, as the Prismatic Dragon.
Powered by