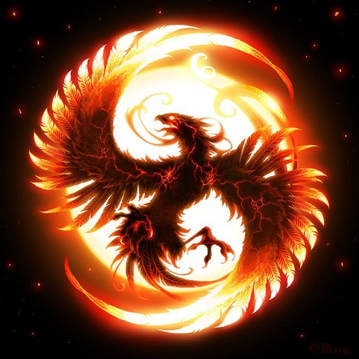 With a focus on Tiamat's doctrine, transcendence occurs as shown in Dar Tania. Dar was just another girl before she heard Tiamat's voice. By Tiamat's power, she changed. Tiamat desires her priestesses to interact with the faithful as if Tiamat. As such, sexual maturity, beauty, grace, and lethality all become factors. Not every god desires this for its worshippers, clerics, and servants. But, for Tiamat, they grow in stature, become stronger, and begin separating from the River's flow. It strengthens their faith and divine power, but it also disconnects them from the people they serve. The picture below shows Dar before and after her transcendence.

Ascension is an entirely different thing. It is available to ANY Tehran. Only Tehrans may ascend to immortality. This is because of Tehra (the universe, not the planet) having a balance of Creation, Chaos, and Warp plus TIME/magic moving through its space. In every other realm, ascension happens within a god's dominion as that god decrees. Because they were part of that god's dominion, they neither add or subtract from that god's dominion. Tehrans add to it. This is why Tehra is so precious, and fought over by the gods. Even though Tiamat considers it Her throneplane, many gods have a stake in Tehra.

As a sentient being increases in power and knowledge (note that we're not talking about the power to command armies or have wealth here), they begin to see the world through a different lens. The prospect of death, mortality, and their legacy begins to weigh on them... or they have something they love so much that they cannot leave their life's work unfinished. This drive becomes heightened in some Tehrans. Eventually, they begin to pursue immortality.

Because the gods are interested in acquiring the worship of these rare jewels sparkling with desire from Tehra, the god most interested in that mortal's life work contacts them. This is considered a Rite, and is named the First Rite by Tania. After all, if a mortal cannot withstand an eternal dominion for the thing they love when offered by a god closest to that thing they love... they are not cut out for immortality. It's a pass/fail proposition. Most Tehrans, if they worship a god, join or at least pledge their fealty to their chosen god in the First Rite.

The Second Rite is Opposition. It manifests as a test, as shown with Rojo in Bomoki's Gate. A militant religion concerned with oblivion would exactly meet Rojo's expectation of opposition - a creature of entropy. However, for Corth K'Ven, his Second Rite was Isolation. The God of Scrying would be terrified of Isolation, Loneliness, Alone-ness. A dominion's strength cannot be one-sided. The Second Rite tests the Ascendant's purpose against opposition. Most of the time, this is where the Ascension Rite ends: the Ascendant joins their chosen god's dominion because Opposition is a terrible test.

For a rare few, also shown by Rojo, they go on to challenge the nexal Gates and earn an independent dominion. Those who fail, fall into Oblivion. For those that succeed, they gain a dominion free any other god. Regardless of dominion or allegiance, the Gods draw from each of the three gates. These additional rites are not literally a confrontation with the Gates (though it could be). The rites are a "coming to terms" with how Creation, Chaos, and Warp interact with the chosen dominion. A dominion's strength, like eldar will, is equal to the Ascendant's focus and passion for their captured dominion. Like any other god's, it is augmented and magnified by Tehran faith moving through it. Yes, there are many gods. Some are independent and represent tiny dominions, like the God of Gardening, or the God of the Fireball Spell. Most are aligned with a more powerful or all-encompassing god. The capture of a dominion enables its Oppositional dominion as well... though it may be some time before such a dominion is claimed, if ever. The God Saints Cuthbert and Kargoth represent this oppositional structure.

Some desired dominions require many Rites. Using Rojo as an example who seeks to unify metallic and colored dragons, Proffered Love and Opposition are not enough. Metallic dragons do not desire a non-All Father god over them. As such, Rojo will have many Rites ahead of him. Each success captures a new aspect of the desired dominion but also increases the risk to the Ascendant should they fail. Each success increases their dominion, but failure means they die. At any time, the Ascendant can end the Ascension by pledging to another god. Because these happen outside of Tehran Time, the Ascendant goes missing and may not reappear for millennia, if ever. A faithful cleric can force Ascension to the First Rite if the Ascendant worships that god and their First Rite is assured. This is what happened with Rojo when Dar Ana realized he was dying at the hands of a chaos fiend.

A few Ascendants complete their First Rite and then choose to linger in Tehra, like the patriarchs and other eldar. Dar Ana, in the time of Malcor, is another example of this. They function as unascended gods, not entirely mortal anymore but also subject to death. 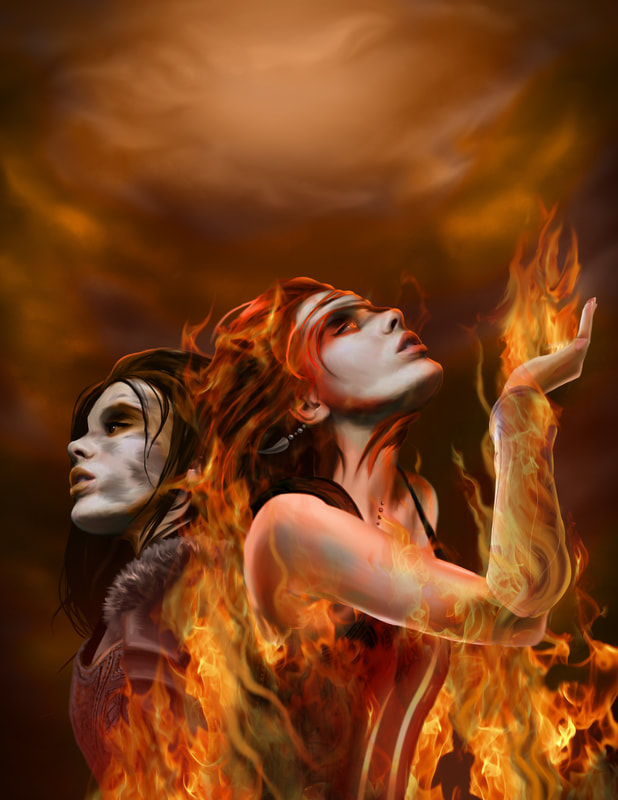