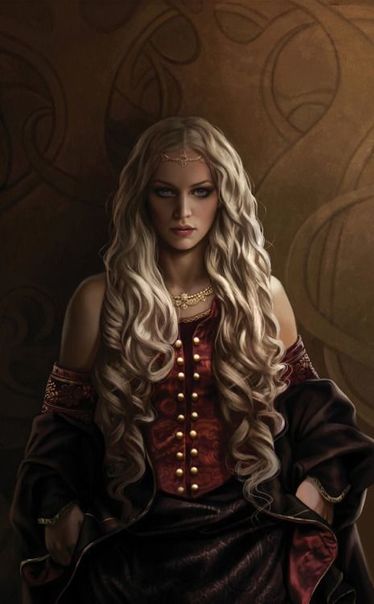 Born in -28 DAR, Alaura joined the Ranger Bruce and Commander Sean in welcoming, even participating in Morbatten's nation building. Her interest in dragon lore caught the interest of Ynt'taris. By 2 DAR, Ynt'taris had accepted Alaura has his rider. She is the only non-worshipper of Tiamat to ever receive this gift. Though not a devout follower of Pha Rann, Alaura helped shape how Tanians view and interact with the dragons by documenting and sharing much of their history that had never been known before. She also helped shape the Winter War and during hostile times, she and her house kept the trade routes open. Eventually, in 500 DAR, her house allied itself directly with Tania becoming a satellite tributary of Tania.

Alaura eventually married a Pha Rannic cleric named Warner Van Struzer, or Van, but both remained in Morbatten except when her duties required her to go home. They did not have children and many conspiracy theories speculate that the High King Nathaniel had her poisoned to keep this from happening. It's a theory popular in Tania even today. Though she could have, she chose not to prolong her life and died in 83 DAR.

Her passing devastated Ynt'taris, who refused to interact with or take another rider until 1800 DAR when he took Ora. It is said that, even though Alaura never had children, Ynt'taris sought out her bloodline in Taysor and found children from her family and brought them to Morbatten. There is truth to this. Alaura had an aunt with two girls and one boy as children. Ynt'taris approached them when the High King appointed Warner's nephew to the throne of Halkenwood. The cousins (the aunt's children) grew up and though two did not convert, the boy child became a paladin. Ynt'taris and Alerius both captured Alaura's bloodline into the Ancients... which eventually became Ora's family centuries later.
Powered by