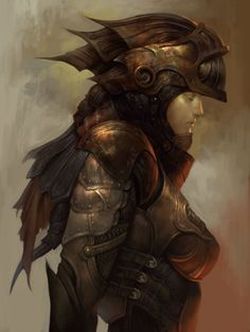 Seline, Order of Fire Paladin, Princess of Quattrain. Born in 1879 DAR, Seline tested as a prodigy in martial combat. Being a princess, her family put her into extensive training and schooling to build her up to be the first paladin from their bloodline, a societal marker of importance for powerful families.

Seline underwent her Coming of Age ceremony in private with a Dar priestess and was sent to the Order of Fire. On her way there, she encountered Kaia and made a deal for mastery of bladed weapons. The Order of Fire welcomed her and, like Malcor, put her into accelerated training. Building on years of schooling, Seline easily acquired knowledge and power exceeding her classmates.

In Bomoki's Gate, Seline becomes a key commander of the 19th Legion. Female paladins are a rarity in Morbatten and Seline's deal with Kaia makes it a tragic and poignant one. Those who know her, those who serve with her, find her inspiring in her faith and powerful in her understanding of how to tie military units together into a lethal fighting force.

Seline is one of Malcor's Riders. Her family wants her to come back, marry, and rule Quattrain. Through her service, Seline came to understand that her destiny is not marriage and sitting beside a throne, but on the throne. When she became Tiamat's avatar in the Temple at Bloodstone, everyone knew that Seline would do great things in her life. There are rumors already circulating that Seline's appointment as a paladin was a mistake and she should have come directly into the Temple as a priestess. Dar Ana seems to think so as well. 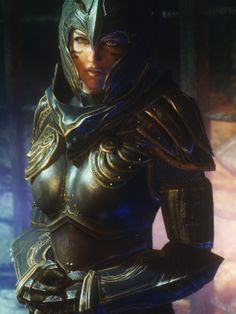