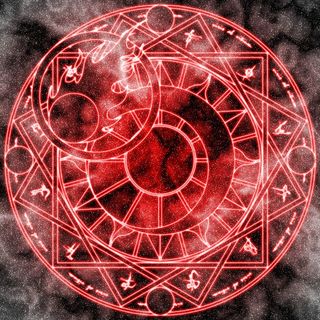 It is not known exactly when it happened, though many suspect it was soon after Dar Tania's passing. The god emperor, Alerius, found himself becoming too tangled in the multiplying affairs of the people. To step back and focus on uplifting leaders, Alerius began to rely on certain heroes to rule more and more of Tania. By convention, this became:
- Court of Patriarchs
- Syliri
- A representative of Harkenwood's Throne, when allied
- The High Priestess of the Temple at Morbatten
- Dar Ana, of the Temple at Bloodstone
- Daryx as the head of Perdition (Thieves Guild)
​ - Others, like Sai R'Dar

As the affairs of the people continued to grow, Alerius began to cycle Dar rank members of Morbatten through the Circle. To the average citizen in Malcor's time, the Circle is synonymous with the God Emperor and those close to him. For the guild heads and those who know, the Circle has been as many as a 100 people and as few as those mentioned above. Dar rank members of Tania are invited to attend an annual meeting during the Festival of Transcendence in autumn, which marks Dar Tania's anointment as Tiamat's priestess. These are secretive affairs. While the permanent members of the Circle know who the others are, no one knows the entirety of the Circle at any given time. Part of the Dar promotion in rank is that every Dar has a designated contact that is part of the Circle at the time of their appointment. In this way, the Circle has a bit of a hierarchy. The Court of Patriarchs stands uncontested. Daryx is the most active member of the Circle. Most guilds have a Dar representative either directly or through this hierarchy into the Circle. In Malcor's time, these additional members serve on the Circle:
This is what is known. The Circle can speak for the god emperor in his absence. They are empowered to declare war, settle disputes, and some are able to command the Kerchki, the eldar fire giants.
Powered by