in this world, wouldn't the god of Magic be the most powerful god of all? 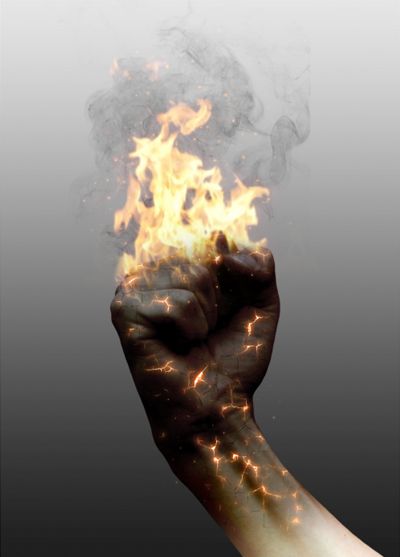 If conscious participation in some godly "passion" creates the possibility of a divine being, then logically, the practice and use of magic, even magic by itself, would be the most powerful dominion of all. This is true except for one key point... magic is not conscious. It is a consequence of the Gates' separations and the streaming of the ethereal plane into oblivion. At no point did the eldar say, "Let us create magic." It just happened. Before Time, there was no magic; only will existed. Before Time, the eldar shaped and changed things as a focus of will and their inherent alignment with one of the 3 gates: Creation, Chaos, and Warp. When a dragon imagined a world and shaped a tree upon its surface, that was not magic. That was the expression of the eldar dragon's will.

In the Forsaken Isle books, there are many examples of the Tanian dragons doing magical things without casting a spell. The clearest examples are their shapeshifting, Alerius' interactions with Bomoki, Ynt'taris freezing Time to speak to Marcello, and others. There are just as many examples of them using actual magic. When doing actual magic, they are in human form. They are not detached. They use components and follow forms required to harness what they consider "mortal magic." In Merakor, Alerius apprenticed himself to some of the early archmages to better learn magic. He became so masterful at magic that he was named Aler Alerest (the Merakorans did not know he was a dragon) and was considered a sage of high order magic.

The flow of Time has interesting ramifications for gods that either do or do not acknowledge it. The Jade God of Necromancy wanted to freeze it. In fact, undeath was considered defiance of Time. Had he ever succeeded, Time and magic would have stopped... the same way it did in the Endless Worlds of that god's dominion. Tiamat understands Time and carefully stays back allowing avatars and the patriarchs to handle mortal affairs. Pha Rann also understands it and similarly allows avatars to interact for him. There are gods that are completely ignorant of Time... and the Jade God was another example of an eldar that knew about it, but was ignorant of it.

Now, there are self-proclaimed gods of magic... mortals who Ascended and became gods in their own right. These gods, like Corth K'Ven with Scrying, tend to master a principle of magic and derive Tehran worship when other mages use that power. In the Dungeons & Dragons realms, I would consider Mordenkainen and other named Mages of this immortal type, i.e. Leomund, Otto, Tasha, Tenser, and so forth. There is another truth here and that is that pure magic users shun worshipping other magic users. Regardless of dogma or world belief, the notion that any single entity could ever control all of magic, is a frightening one.

In Morbatten, a god of magic is known and named as Cystoran. A more apt title would be God of Runes. Cystoran empowers the magical falcons Ora and Malcor use to keep in touch and manage the Klennan forge. Cystoran empowered Sai R'Dar and the golems seen throughout my writings. The foundational structure of these golems is the rune magic that Morbatten uses so casually in its everyday life. Remembering that Alerius is an arch mage, Alerius eventually found an apprentice and built him up with these magics. A worshipper of Tiamat, Cystoran ascended to Tiamat and added to her dominion. Like Corth, he is revered as part of Tiamat's pantheon. Tanian mages therefore worship Cystoran if they are inclined to be faithful. Not to be outdone, a contemporary "good" mage ascended to the Gate of Creation as the "God of the Written Word."

Other fantasy confuses divine power with magical powers. I wanted the Forsaken Isles to be free of this confusion. David Eddings and The Belgariad approach this from the divine side of clerics who become so powerful they may as well be gods. Raymond E. Feist and the Pug books follow a mage who becomes so powerful he may as well be a god. The Dragonlance/Forgotten Realm Chronicles had Raistlin/Fistandantilus go up against Tiamat and take her place for a time. Liches are a trope here of a mortal wishing to claim god-like immortality through undeath. Arthur C. Clarke once said that advanced technology would look like magic to a primitive civilization. Extending this to fantasy, a mage would have powers indistinguishable from a god's. The Forsaken Isles certainly have mages who aspire to godhood, but are not gods.

There is a difference between a mage, tapping the flow of Time to shape magical effects and a cleric tapping their god's dominion to achieve a similar outcome. The mage's power might manifest as a fireball exploding near enemies. The cleric's flamestrike has the same heat, the same burning effect but for others watching and those being attacked... they know the difference between the magical and the divine attack. One manifests as the will of a mortal. The other as a miracle sent for purposeful divine reasons: 1) reward the faith of the faithful; 2) manifest the god's power to unbelievers or the unworthy; and 3) as an answer to prayer. Those being attacked may not know the god, but they feel the difference in their souls. Following the attack, the mage feels drained and exhausted. The cleric feels elevated, not drained... the power came from the god, not the cleric after all.